What is the history of the American Bald Eagle?

We all know a Bald Eagle when we see one.  Every 4th of July they seem to make much more of an appearance in our social media but why?  What is the real history of how the bald eagle became America's bird and what does it mean?

The bald eagle on the Great Seal wears a shield with 13 red and white stripes along with a blue patch with 13 white stars. It holds an olive branch (a symbol for peace) in one talon and a bundle of 13 arrows in the other. In its beak, it carries a banner that has the words, 'E Pluribus Unum,' which is the motto of the United States. It means ''Out of many, one.'' This motto means that one nation was made out of many different colonies and was united.

In 1789, about seven years after it was put on the Great Seal, the bald eagle was officially adopted as an emblem, or a symbol of the United States.

But what does it mean?  The bald eagle is a majestic creature with longevity, something our founding fathers dreamed of for our new nation.  “The eagle displayed is the symbol of supreme power and authority, and signifies congress, and that the olive branch and arrows that it holds in its talons are the powers of peace and war” said William Barton, one of the designer of the seal of the United States. 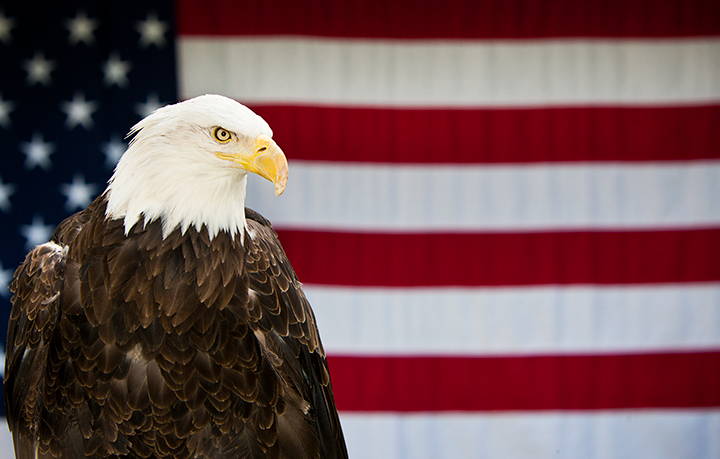 “The eagle displayed is the symbol of supreme power and authority, and signifies congress, and that the olive branch and arrows that it holds in its talons are the powers of peace and war”

Despite its symbolic significance, America’s majestic national bird has faced a real-life threat of extinction. In the late-1800s, the country was home to 100,000 nesting bald eagles, but the number of birds soon dwindled due to such factors as habitat destruction and hunting. In 1940, Congress passed the Bald Eagle Protection Act, making it illegal to possess, kill or sell the birds. A new new threat arose when they began eating prey contaminated with DDT, a pesticide that came into wide use following World War II. In the 1960s, there were only around 400 breeding pairs left in the continental U.S., and in 1978 the bald eagle was put on the endangered species list. Thanks to federal protections as well as regulations involving DDT, in 1995 the bald eagle population had recovered enough for the bird’s status to be changed from endangered to threatened, and in 2007 it was removed completely from the list.

Today we celebrate the majestic eagle and all it stand for, our freedom, our longevity as a nation and the ability to recover from anything! 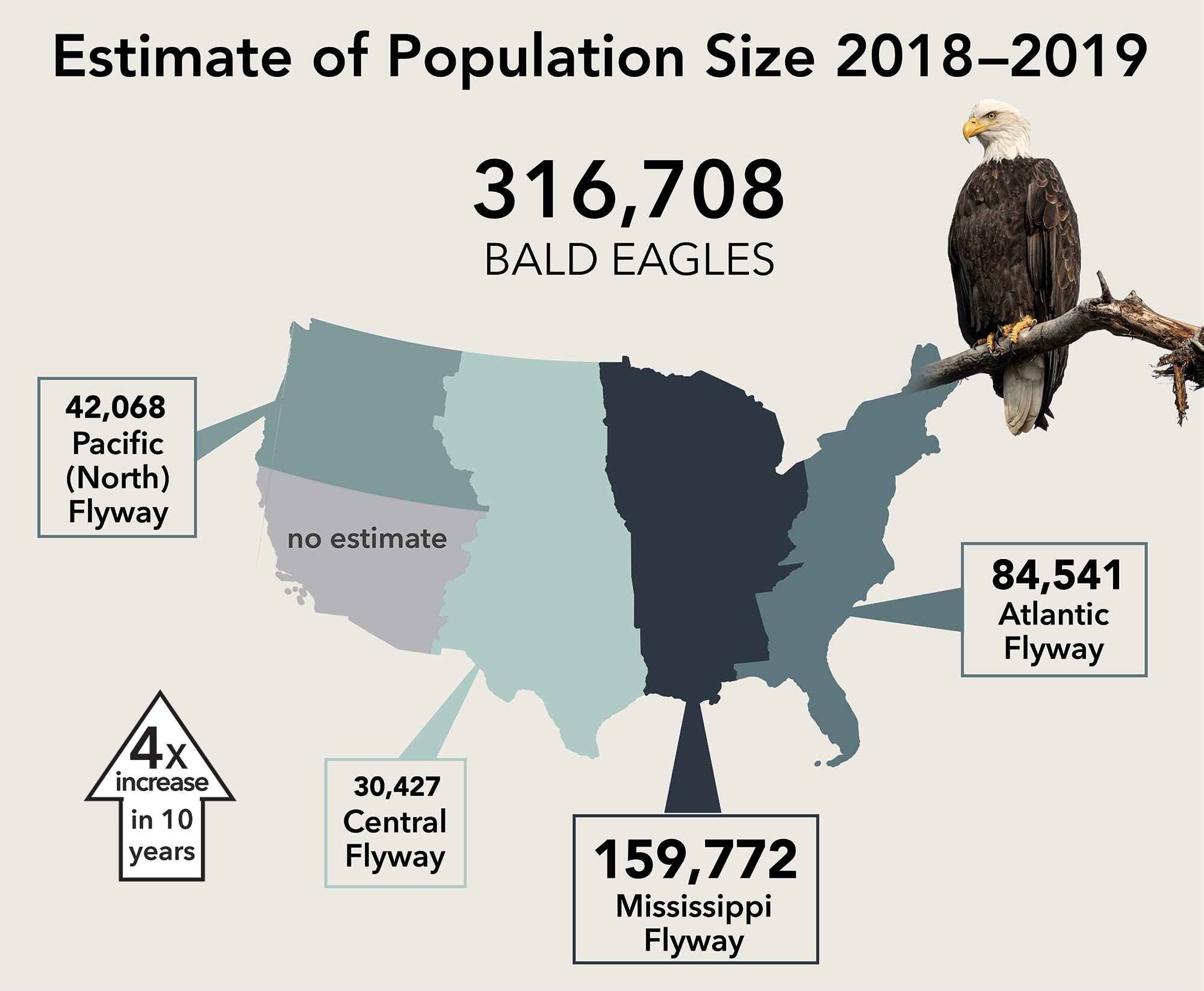